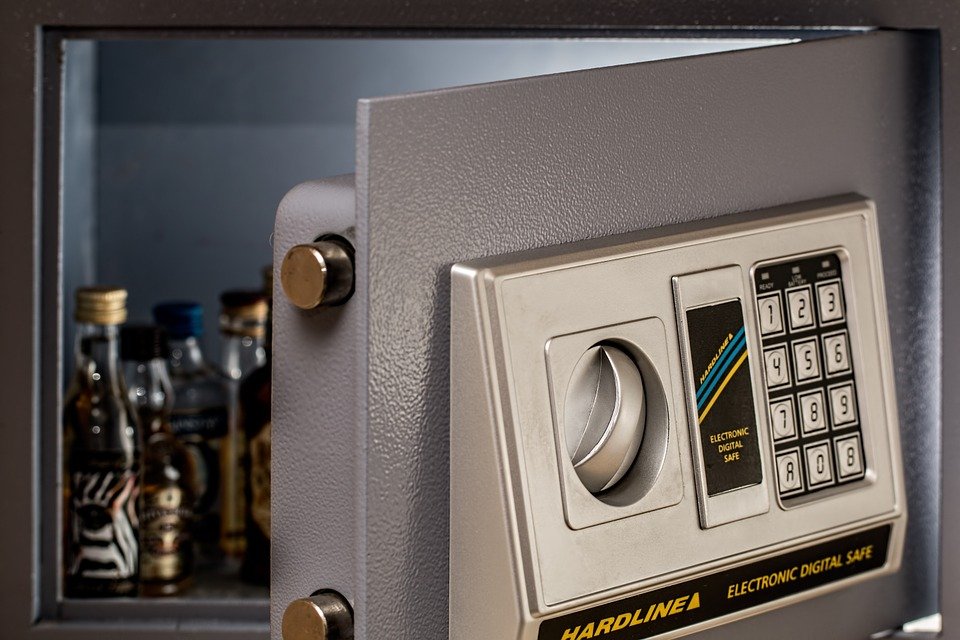 Your home is your sanctuary, your safe place, for your family to enjoy each other’s company in peace — a burglary is the last thing you want to happen in your home, yet your favorite belongings are the hot tickets on many robbers’ nabbing lists.

Though burglaries have decreased in number over the years, according to the FBI, falling by 4.6% from 2015 to 1,515,096 burglaries in 2016, they still accounting for almost 20% of all property crimes. When compared to census data, that means almost 2% of all households nationwide experience a burglary annually, far too high for many families to sleep comfortably at night. As the crime statistics explain, victims of burglary offenses suffered an estimated $3.6 billion in property losses in 2016, with the average dollar loss per burglary offense at $2,361.

Many items account for that $2,361, including five items that modern robbers love to burgle: drugs, electronics, jewelry, cash, and clothing.

The crooks and scammers depicted in our favorite television shows and films hardly depict the average burglar of the 21st century. They’re not haggard old men creeping in the windows at night — they’re young, they’re bold, and they’re experts in their craft.

As Claire Nee, a researcher at the University of Portsmouth in the U.K., has discovered through her years of study, most modern burglars possess a trait called “dysfunctional expertise,” in which they naturally learned cognitive skills to identify the signs of a home ripe for robbery.

“By interviewing burglars over a number of years, we’ve discovered that their thought processes become like experts in any field, that is they learn to automatically pick up cues in the environment that signify a successful burglary without even being aware of it,” explained Nee in a 2015 article by The Atlantic. “Most burglars will return to a vulnerable neighborhood or street later when they are ready to do the burglary. So they have a lot of competence at choosing properties to burgle and are rarely caught at the scene. Most burglaries are neither impulsive nor heavily planned.”

Modern robbers much more professional than many may anticipate, despite the criminal history of those who have pursed a life of robbery. According to an epidemiological study of burglary offenders in SAGE Journals, most burglars have an arrest history and are more likely to engage in drug use, to be younger, and to be male, all of which help explain the five most common items thieves look for in your home.

In an article published by the University of North Carolina, Understanding Decisions to Burglarize from the Offender’s Perspective, 79% of burglars reported a primary interest in acquiring cash, followed by jewelry (68%), illegal drugs (58%), electrons (56%), and prescription drugs (44%). The easier to dispose of, the better to steal, in the minds of those engaging in robbery.

Both prescription and illegal drugs are major contributing factors to robbery. As reported by the National Council on Alcoholism and Drug Dependence, drug use and criminality are very closely linked. Of the inmates housed in U.S. jails and prisons, over 80% have a history of drug and/or alcohol abuse; about 50% are addicted to some form of drug; about 60% of suspects arrested for a crime test positive for illegal drugs; about 95% of inmates resume their drug use about release; and about 80% of drug abusers commit another drug-driven crime upon release.

More than 50% of robbers admitted that their top reasons for committing burglary were to either acquire drugs or to acquire money for them, as explained by the Electronic Security Association. More than 60% of burglars said they stole illegal drugs from victims’ homes, while 50% said they actively seek prescription drugs during a robbery.

Most households have some sort of prescription drug in their bathroom cabinets. In a report by the Mayo Clinic and Olmsted Medical Center, nearly 70% of Americans take at least one prescription drug, more than 50% take two, and 20% take five or more, leading to the easy assumption that any given home will have at least a few scripts of prescription pills for thieves to pursue.

Active Steps To Prevent Robbery: According to many different studies from various sources, more often than not, the burglar knows the victim in some capacity, either as a distant acquaintance or even as a close friend. Though it’s a scary truth to face, it can help prepare against robbery as you can conceal your prescription drugs in a less obvious place than a bathroom cabinet. If a guest takes a peek and discovers them, they may return at a later date to steal them and other items.

Robberies rarely entail a full theft of all your belongings, wherein a cargo van is loaded with large pieces of furniture and televisions. Instead, the modern thief will stuff their backpack with the most valuable items they can find and walk away without raising suspicion.

As outlined by Jacksonville State University, most burglars are male and under 25-years-old, usually mid to late teens. This demographic speaks to the prevalence of small electronics as a go-to item that thieves look for during a robbery, which account for 33% of the items stolen during a robbery, according to the study. These can include video game consoles, tablets, laptops, smart phones, smart watches, and more, all of which are desired by most young people and easily pawned once stolen.

One backpack can fit a lot of small electronics, and most homes house quite a few. According to the Electronic Security Association, the average U.S. household owns five web-enabled devices and 6% own more than 15. A home could easily be wiped clean of every single one of them in one robbery. In fact, 64% of convicted burglars said that they’ve stolen electronics during a burglary, and over 1 million electronics are stolen on average every year from home robberies.

Active Steps To Prevent Robbery: When you purchase a new device, conceal the empty packaging in the trash or recycling where would-be thieves can’t easily spot it. Additionally, store all electronics in a secure place away from first-floor windows.

Diamonds may be a girl’s best friend, but they may be a homeowner’s worst nightmare if they lead to a robbery. According to the Electronic Security Association, about 68% of burglars embark on a robbery with the intent of acquiring jewelry, and up to 78% end up actually stealing some rings, necklaces, or diamonds if they come across them, even if they didn’t necessarily set out seeking them.

For the most part, thieves aim to execute their robbery when no one is home and during the day; however, sometimes they act when the house is occupied, either by accident or on purpose. Jewelry is most often stolen when a robbery is carried out when no one is present in the home, with 355,430 such cases occurring on average every year. More than 50,000 pieces of jewelry is stolen on average annually during a robbery in which there are people present.

Active Steps To Prevent Robbery: According to Jacksonville State University, the typical burglar lives within two miles of the victim and likely knows them, too. Walking the dog is not a fashion runway, and therefore not the best time to show off expensive jewelry that may attract unwanted attention from would-be thieves. Leave the shiny watch, gold rings and gemmed necklaces at home or concealed until you’ve arrived to work or wherever you’re going. 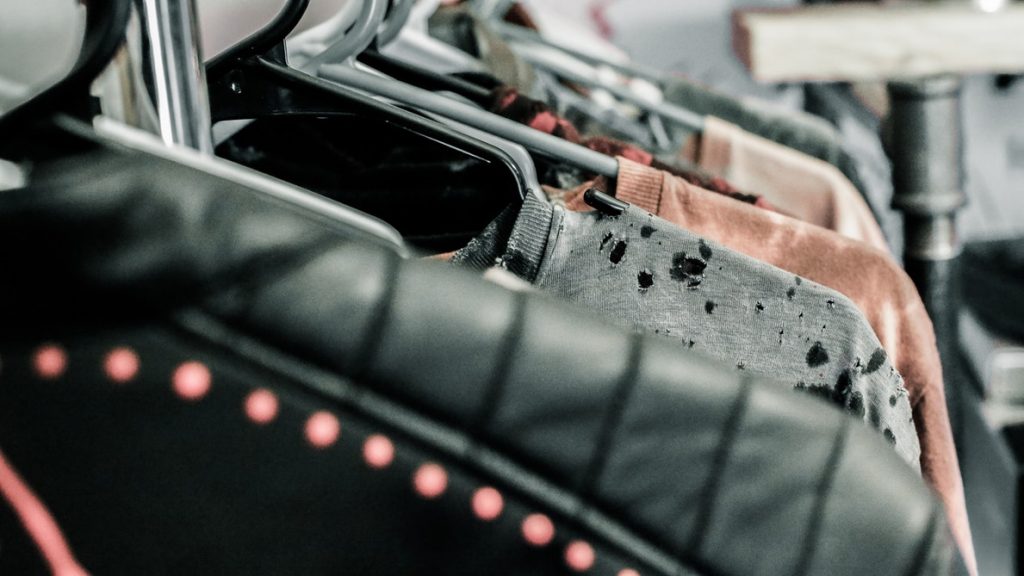 Though I may come as a surprise, clothing is a very popular item to attract robbers. It’s an obvious attraction for all consumers, too. According to the Bureau of Economic Analysis, U.S. consumers spend an average of $1,700 and 2.72% of their annual income on clothing. Many Americans’ social media feeds are flooded with the new outfits they’ve purchased, attracting more than likes from their friends — they’re leading a trail of receipts to their closet for the tech-savvy burglar.

According to the Electronic Security Association, about 18% of robbers reported that they’ll rummage through their victims’ closets during the robbery in search of clothing and shoes, and $250,000,000 worth of clothing was stolen from home burglaries in 2010. Though most of the burgled goods acquired during a robbery are very quickly sold or pawned, 31% of offenders said they would spend the income from the theft on buying new clothes of their own.

Active Steps To Prevent Robbery: If you do your laundry at a laundromat, try to hide any big-ticket clothing items amid other less expensive-looking articles. When you take it back into the house, do so discreetly or after pulling into the garage and shutting the door.

It’s no small wonder that cash is and always has been the most stolen item during robberies. Nontraceable and without the need to pawn or sell, cash is easy to keep and hard to claim.

Active Steps To Prevent Robbery: It may seem obvious to keep your cash in a safe or lock box, but those are the first places thieves look during a robbery. If they’re small enough to steal or weak enough to break, the cash won’t be protected for long. The best advice to protect your cash is to keep it where it belongs: in the bank.

How To Protect Your Home

There are many ways to protect your home from robbers, most of which are very simple, and all of which are worth it in the end. You can’t put a price on security.

As the article Understanding Decisions to Burglarize explained, noticeable signs or stickers that advertise alarm ownership are effective means of deterring would-be thieves. Alarms don’t just discourage thieves, they also help protect your family, your belongings and your family once an intruder has triggered it.

Learn more about your options for advanced home security from Goldy Locks, Inc.

Is Your Home Safe From a Break In?